Even if you haven’t yet heard the term ‘voluntourism,’ you almost certainly are familiar with the phenomenon it refers to. Its imagery and advertising are everywhere – resume-building, perspective-changing opportunities to build a well/teach English/help at an orphanage somewhere in the global South, for a price. Such a combination of volunteering and tourism appeals to many well-intentioned individuals as a more thoughtful and ethical way to spend a two-week holiday. Ultimately, though, the practice of voluntourism does more harm than good. It supports outdated development strategies, prioritizes the outsider’s perspective over local knowledge and wellbeing, outsources labor, and leads to systems which ignore rather than tackle structural inequality.

Teju Cole, in a 2012 Atlantic article, coined the term ‘white savior complex’ and I think unpacking his meaning is vital to understanding the mindset which underpins the prevalence of voluntourism across the globe. For the white savior, ‘The world is nothing but a problem to be solved by enthusiasm.’ Instead of ‘thinking constellationally’ – that is, understanding the broader structures of power and inequality beyond simplistic messaging or isolated scandals – the white savior swoops in with naïve and narrow-minded solutions to ‘help’ the locals who cannot help themselves. ‘The White Savior Industrial Complex is not about justice,’ Cole writes. ‘It is about having a big emotional experience that validates privilege.’ I don’t mean to suggest that all people who participate in voluntourism are coming from this perspective. But I hope to suggest that sometimes, especially when dealing with complex issues such as global inequality, good intentions are not enough and supposedly ‘quick fixes’ need to be taken with a grain of salt. Many practitioners of aid, charity, and development work could use this reminder. Voluntourism sustains practices which are actively harmful to the communities which they supposedly help.

The business of voluntourism sends the message that there are quick fixes to complex global issues, like resource extraction and government corruption, to name a few. It imports unskilled labor to communities in which there is an urgent need for local jobs. It leaves communities, and especially children, with a constant cycle of temporary helpers and a sense of abandonment.

Instead of spending thousands on travel and volunteer programs, voluntourists’ money would go much farther if they stayed where they are and instead gave directly to local work already being done on the ground. ‘Public works serve the community better and last longer when locals do them,’ Tina Rosenberg writes in The Guardian.

A particularly popular destination, and an apt example of how voluntourism can lead to harmful solutions, is the orphanage. The institutionalization of children has stopped completely in most Western nations, as child development experts have realized that children fare much better growing up with their families than they would in even the best orphanage facility. And yet orphanages in the global South are still seen a viable voluntourism destination and popular receiver of aid. The vast majority of children in orphanages are not orphans at all. Rather, they are given up by their parents who are unable to care for them, or who see better opportunities for their children in these well-funded orphanages than at home. Catholic Relief Services estimates that 80-90% of children living in orphanages have at least one living parent. Orphanages grow not because there is an increasing need, but because of rising donations and tourists who want to work in them. In Haiti, for example, foreign donations to orphanages total around $100 million, which is five times the budget of Haiti’s social affairs ministry and 130 times the country’s child protection budget (Rosenberg). Further, allegations of abuse and trafficking in such orphanages are widespread. Google ‘Hogar Seguro Guatemala’ to read about one horrifying incident.

Critiquing voluntourism and the white savior complex does not mean that there is no room, or need, for work that fights for justice, dignity, and human rights in the world’s poorest nations.

In fact, the multifaceted problems of voluntourism shed light on the reasons why educate.’s philosophy of development and locally-led grassroots approach are so vital. educate. is 100% run by volunteers, and thus almost all of our funds go directly to projects on the ground. educate. actively works against a mentality of service, working on equal footing with local communities and ensuring that all projects are requested and led by communities, who have full ownership over them. Our work is grassroots, small-scale, and context-specific. Supporting education initiatives in particular helps to empower young people from within their families and communities.

Structural change is not easy and global inequality can sometimes seem impossible to escape. But turning away from voluntourism and its simplistic messaging, and towards sustainable, intentional, and locally-led efforts is an important step forward. 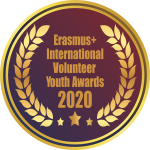