For the last month, board member Antonia McGrath has been in Honduras, visiting educate.‘s projects and meeting with other NGOs and individuals around the country. Meanwhile, national elections took place, with cases of electoral fraud causing widespread chaos.

It’s always wonderful going back to Honduras. The bustle and chaos, the amazing food, the buses without schedules of any kind, upbeat music blasting through the dusty city streets, and friends that are practically family. In 2014/15, I spent a year living and working in a small village outside of El Progreso, near the north coast, and I’ve been back twice since. However, this was my first trip as an educate. board member, and it was both inspiring and humbling to see the impact that our work is having. Also on this trip was Fionnuala Davidson, with whom I lived and worked during the year I spent in Honduras.

The aims of the trip were threefold:

This third point was perhaps the most important to me. Many non-profits and non-governmental organizations fail to do worthwhile, necessary work, simply because they fail to listen to the communities and individuals they work with. As such, it was vital for us that this trip was just as much about talking to the people around us as it was about visiting the projects we are already running.

We spent two days at the El Hogar de Ninos orphanage in Santa Barbara, meeting the donkeys and the children that work with them, and talking to the directors and staff about the impact that the animal therapy is having. El Hogar is a beautiful orphanage, with large green areas, loving staff, nutritious meals and a high-quality education for all the children there.

A few months ago, educate. provided the funds for the purchase of two donkeys- the start of the animal therapy programme at El Hogar.

“I thought of starting an animal farm after reading a great deal about how animals can help children with emotional problems,” said Maria Jesus Hernandez Txus, the mother-figure for the 13 youngest girls at El Hogar, “and most of the children that we have here come from very problematic backgrounds, and so do have many emotional problems.”

“I think it is helping some of the girls especially,” she says, “particularly the ones that spend a lot of time with them.” Some of the girls, she explained, seemed to be happier and calmer with the donkeys as part of their home and routine. 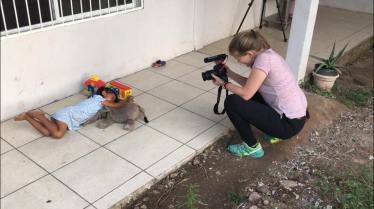 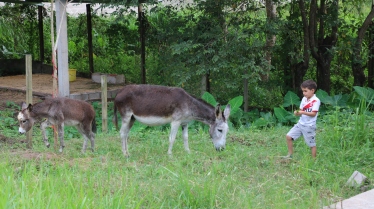 The donkeys from the Animal Therapy Programme at El Hogar orphanage

Our first scholarship candidate, Stephanie Chevez, is thriving. We stayed with her family on their small farm for most of our trip, spending a great deal of time with her, her wonderful parents, and her younger sister.

Stephanie has just finished her first semester exams in her second year of studying medicine at university in San Pedro Sula, with excellent marks. While the minimum number of classes required for the semester was four, she was taking seven! “Because I really wanted to take French as an additional elective!” she said. Despite the additional workload, she still received excellent scores in all her exams and is excited to start her next semester in January, where she will begin going to the city’s public hospital as part of her studies. Stephanie is working extraordinarily hard and is truly making the most of the opportunity her scholarship provides.

I also met with Sara Burkes, the executive director of the Honduras-based non-profit Chispa Project, with whom we are collaborating on our latest project: starting a library at an elementary school in the city of El Progreso. It was great to meet in person and talk about both of our experiences starting and running NGOs in the country. The first instalment of our contribution to the library we are building was sent earlier this week!

Trinidad – A Project in the Making

We also visited Trinidad, Santa Barbara to work on an upcoming project. Trinidad is a small town in the coffee growing region of Honduras and is almost entirely based on coffee production. We got mototaxis around town to meet with several individuals and drank some of the best coffee I’ve ever tasted!

educate. board member Lisa van Holsteijn spent a year living in Trinidad and working at 9 rural public schools, and I had visited the town a year previously. During our time there this month, we talked to as many people as we could and learned a lot about the town and the problems it faces. Hopefully we’ll be working on something in Trinidad soon! 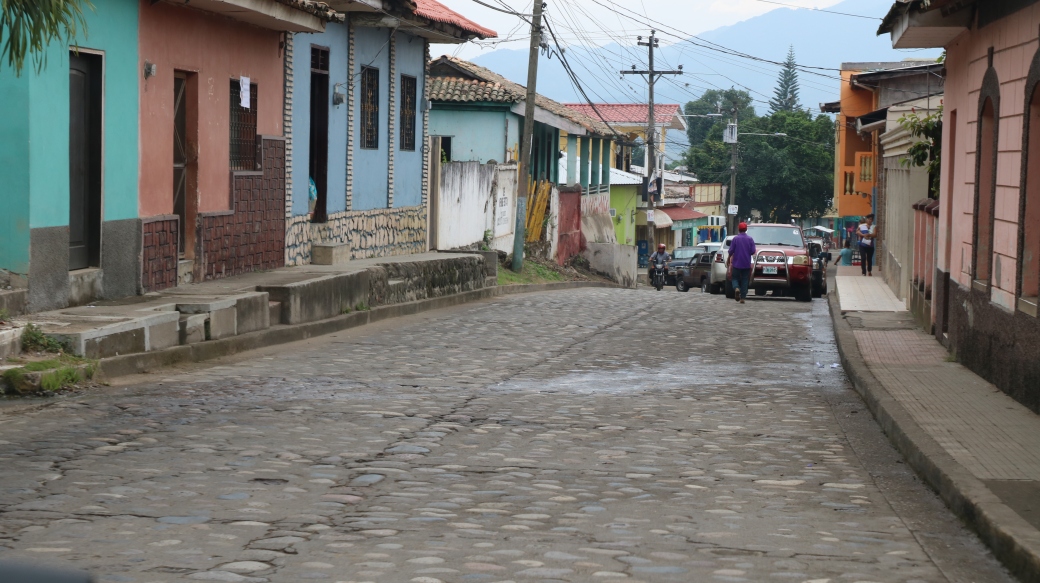 During our visit, Honduran elections took place and violent protests broke out across the country, protesting corruption and electoral fraud. Right-wing president Juan Orlando Hernandez has been accused of vote rigging in an attempt to hold onto power, despite his very attempt at re-election being unconstitutional. Protesters took to the streets across the country, blocking main roads with barricades of burning tyres and thousands marching in the cities. Clashes with police and military ensued, and the death toll has risen to at least 22, with countless more injured and over 1500 detained. Many shops in the cities were looted during initial protests, and many more set on fire, including the Diunsa Outlet store in San Pedro Sula. In response to the violence, the government declared a 10-day military curfew from 6pm-6am, suspending constitutional rights in an attempt to contain the political crisis. The people protested this curfew by starting a nightly “cacerolazo” – banging pots and pans in the evenings from their streets and windows, refusing to be silenced.

Where we were staying, barricades of burning tyres on the roads on either side of the farm prevented us from leaving our village for the better part of a week, but we joined several of the protests with our friends. Due to the blocked roads, petrol stations were running out of gas and there were even worries about food and water shortages if the protests continued. Luckily, things died down after a week, allowing us to get into El Progreso for a day before the situation heated up again. We only just made it to the airport.

Protests, violence and repression are continuing in Honduras now, with Juan Orlando having been declared the winner over 3 weeks after the elections. Unrest continues, and the Organization of American States has called for new elections to take place. We are in touch with all of our projects and volunteers in Honduras, who are keeping safe at this time. 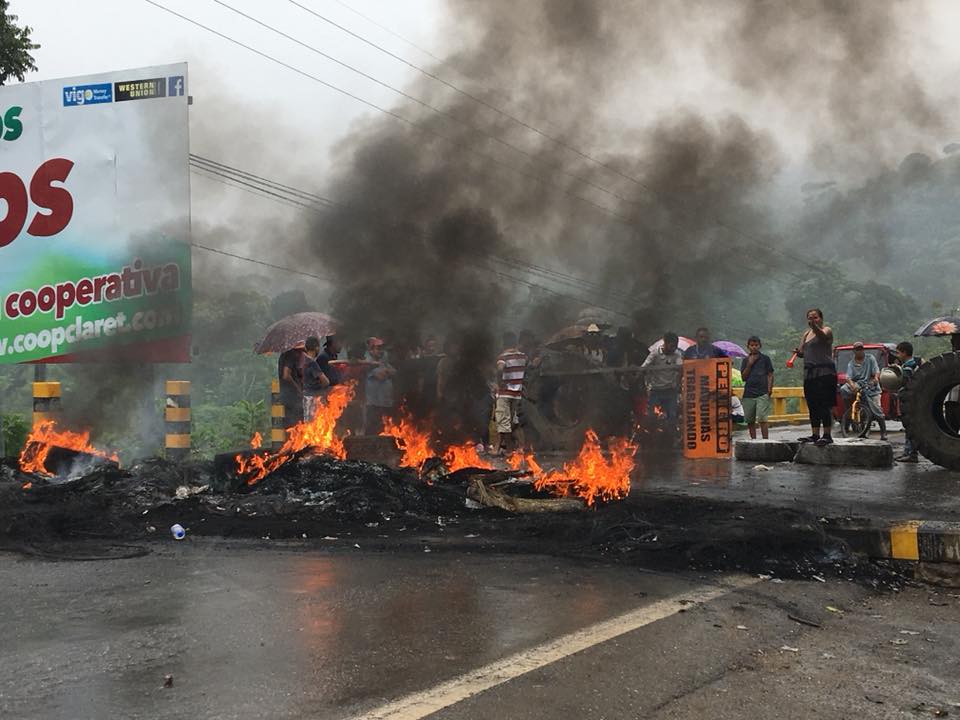 Despite the situation, we had a productive and enjoyable trip. It was wonderful to see the progress of our work on the ground, and many meetings were had that we hope will positively facilitate our future work.

Thank you for reading!