Although educate. is registered in Scotland and currently based in Amsterdam, we’re an international bunch, and so it happened that board member Lisa van Holsteijn and her friend Belle Kelley embarked on the challenge of a half marathon in Carcoar, Australia. This is their story:

Belle and I set off on our journey to the remote Australian town of Carcoar on Saturday afternoon, November 4th. It was a four-and-a-half-hour long drive, taking us through the mist covered peaks of the Blue mountains, down the valleys of the grand canyon, and finally into the rolling hills and quaint little towns of Central New South Wales. That night we had dinner in the tiny but lovely town of Millthorpe, before spending the evening doing preparatory stretches in our obscure little Motel in Blaney.

On Sunday morning, having read that it was necessary to eat and get the oxygen flowing several hours before the race, the shrill sounds of our alarm woke us up at 6am. Despite contradictory weather forecasts, the sun was already shining brightly, its rays only partly covered by a scattering of clouds.

After some more stretching, several punnets of blueberries, almonds and a quick coffee – in the only open cafe in the practically non-existent town centre of Blaney – we started driving to the place we’d been told the race would begin. Having run the Leiden half marathon in June alongside almost 10,000 people, I had expected to see crowds of runners gathered at the start, all with signposted instructions to enter at different fences so as to avoid extreme congestion, but the small town of Neville represented quite a contrasting experience.

Driving down the winding country road, we were stopped by a middle aged Australian cowboy holding a long whip. With a baton he cheerily instructed us to park in the grass at the side of the road. Despite having arrived just 15 minutes before the start of the race, we appeared to be the very first runners.

Surrounded entirely by fields, farmhouses and cattle, I asked the cowboy whether there were any toilets I could use. Cheerfully pointing to a farmhouse in the neighbouring field, he told me that it was his daughter’s house and that I could certainly use her bathroom. Met by a young girl doing laps of the cottage on her Shetland pony, and a very strong looking man having a cigarette on the porch; I felt like I’d travelled back several decades and entered an entirely new world. I thanked the cowboy’s daughter and returned to the white stripe on the road, reading START.

Miraculously, by the time 8:45 came around, a group of about 100 runners had arrived, all aligned in some manner on the narrow road. The excitement and tension finally bubbled over when a loud countdown began, the cowboy started swinging his whip, and on GO there was a loud crack. We all took off into the beautiful landscape laid out in front of us.

As soon as we started running, all my nerves immediately dissipated, turning into an exhilarated sense of happiness. The next 1 hour and 57 minutes flew by, and in my memory almost feel like they never happened. The surroundings were stunning and reminded me very much of where I grew up in the north of Scotland. After around the 5km mark, I could feel my muscles reaching that familiar rhythm, at which point it felt like I could keep running forever. This feeling was somewhat interrupted when the road turned into a dirt track, and a large hill began looming. For short while I started to feel rather light headed and wondered what would happen if I collapsed in such a rural area. Just as I thought it really was never going to end, there was a bend, and the downhill began. Gulping some water and a few jelly beans from the road-side stand, the last stretch began. Here there were many steep downhills, and I could feel my knees bracing themselves against the shocks of the small rocks and pebbles on the rough dirt track.  Finally, the track turned to road again, and I could hear the faint sound of a microphone in the distance.

As I entered the tiny, traditional town of Carcoar, encouraged by loud cheers and commentary from the brass Australian man on the loudspeaker, I finally stepped across the finish line.

All in all, it was a great experience, and I’d like to say a massive thank you to Belle and her amazing parents for joining this adventure, and to everyone who so generously donated! We managed to raise a grand total of $1,235 AUS (the equivalent of €818 / £724), which will be going to support the next semester of Stephanie’s university studies.

If you didn’t get the chance, and would still like to make a donation, you can still do so! – the sponsorship page is still open:  https://www.chuffed.org/project/support-education-in-honduras

Thank you to everyone who made this possible! Here are some photos from the day: 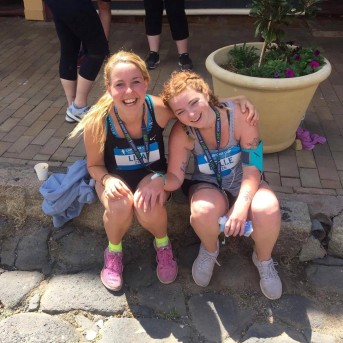 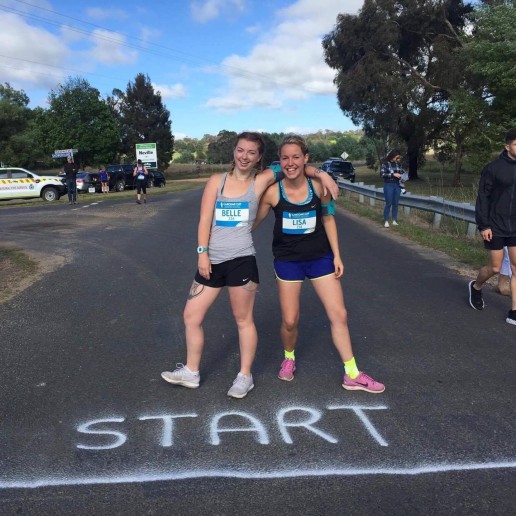 One thought on “A Half Marathon in Australia: With the crack of a whip and beating hearts…”