The La Florida school’s library was inaugurated by in July 2019, after a year of community involvement.

The Francisco Morazan school is a one-teacher school, located in the small community of La Florida which has just 134 inhabitants, most of whom work in subsistence agriculture. The village can be found north of the city of Catacamas, Olancho, three hours by horseback into the Sierra de Agalta mountains. Nerry Molina, who teaches the 24 students from 1st through 6th grade, says he does everything he can to promote reading. “I believe that students’ personalities are formed through reading, motivating them to participate responsibly in the community.”

As there is no secondary school in the village, Nerry also informally teaches students in grades 7-9 two days a week.

La Florida is  located three hours by horseback into the mountain of Olancho, making the journey up to the village was an experience in itself! Bookshelves and boxes of books were strapped onto donkeys to be brought up the mountain to the school. 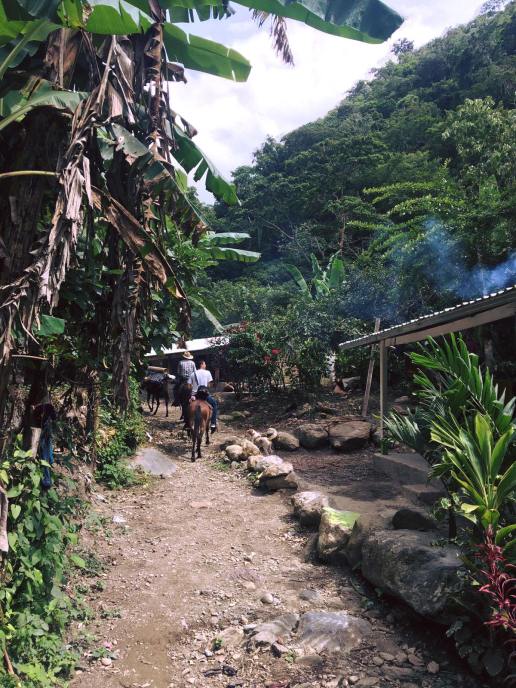 The books at this library are a mix of fiction and nonfiction, and for all primary school reading levels. Books have been selected that educate children about the world and about subjects like taking care of the environment, nutrition, and gender equality. We have also been working to put together a list of books that include classic Latin American stories with characters that the children at this school will be able to relate to: children with brown skin, families who work in agriculture, and stories from Central American folklore.

Painting with the community

Driven by our strong belief in the importance of involving the community in every process of the creation of our libraries, we were adamant to get as many parents and community members as possible in La Florida to pick up paintbrushes during the mural painting process (it’s easy enough to get the kids painting, but involving the adults in the community takes a little more effort!). It started as it often does, with the mothers standing outside, curiously watching us mixing paint and talking to the children about the natural forms of flowers and how to best hold the small paintbrushes, reluctant to even enter the space. Slowly, and with some encouragement, first one and them more mothers began to take up paintbrushes and join the students in painting the “tree of literature” that they had decided on. This process of transforming an empty room into a library was one of laughter, high energy, magic, chaos and amazement. 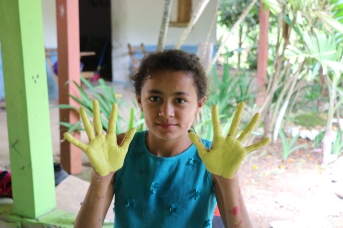 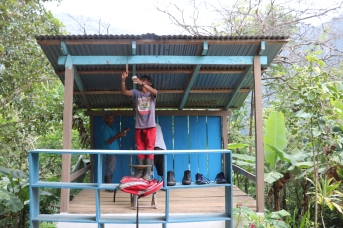 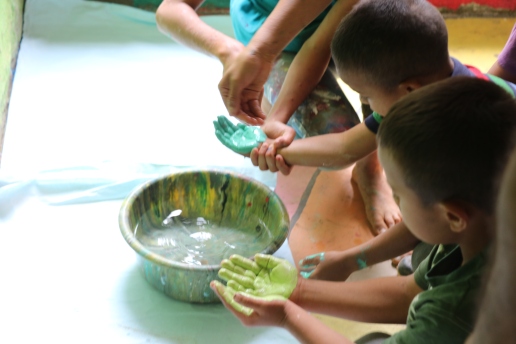 For the inauguration ceremony, Nery, the school’s teacher, had organised a “games fair” (feria de juegos) with different stations set up and students leading each of the games. Winners would get tokens which could be cashed in for pencils, pens, pencil sharpeners, or even a phone top-up of 25 lempiras (The equivalent of about $1)! There was music playing, the school was filled with families and members of the community, and everyone was buzzing.

The ceremony started with some words from Nery and the 6th grade student Yeni, who both expressed their deep belief in the importance of reading and the world of imagination that these books would open for the students at this school. Nery said that as a teacher, to have a library with such a selection of books had always been a dream of his. “Today this dream has come true,” he said. 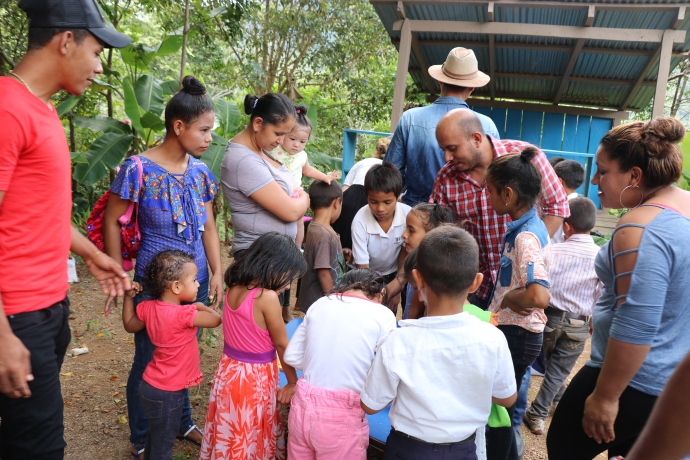 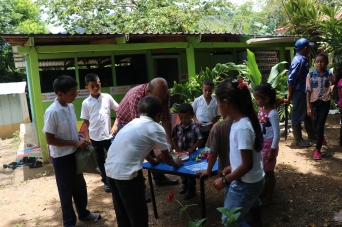 The students at the La Florida school also wrote their own rules for the library, which were put up on the wall as a reminder of how they had agreed to use the space.

One hour of class each day is dedicated to reading and literacy activities in the library, and on Thursdays at 3pm, students meet in groups throughout the village to read. Because of how rural La Florida is, students meet in 5 separate geographic areas throughout the community, with students of varying reading levels in each group, and there they have reading circles led by older students and a chance to read with their parents as well. 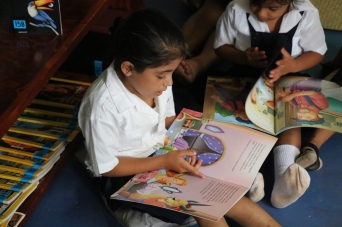 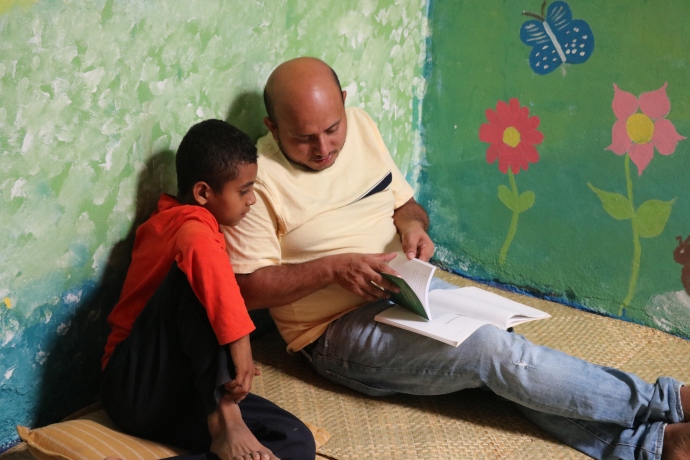 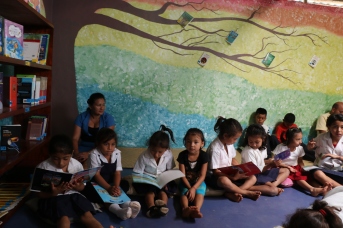